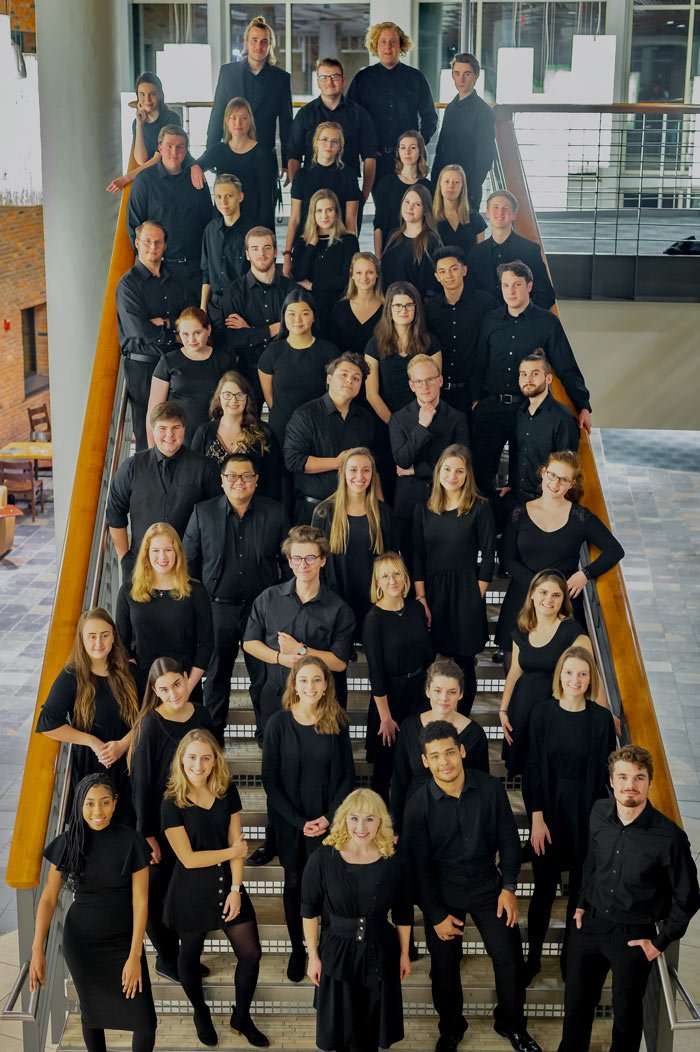 The Bethel Choir is the flagship choral ensemble at Bethel University in St. Paul, Minnesota that features 50-60 collegiate choral artists. Throughout its nearly 70-year history, the choir has garnered a fine reputation as a result of the high critical acclaim it has received for performances of a wide range of choral literature throughout the United States and Europe. In addition to traditional repertoire, the Bethel Choir performs newly composed choral pieces and explores the music from many cultures around the world. The choir also regularly collaborates with orchestras, including the famed Minnesota Orchestra and Bethel’s fine instrumental ensembles, for performances of major works.

Members of the choir come to Bethel University from across the world and pursue studies in a wide range of majors within the liberal arts. The choir tours annually in the United States and has performed internationally on a regular basis since 1968. In addition to the many years of touring, the Bethel Choir serves the Twin Cities community as a part of its regular concert season, outreach to local churches, and the annual Festival of Christmas in the acoustically superior Benson Great Hall on Bethel’s beautiful St. Paul campus.

Dr. Merrin Guice Gill is the director of choral activities at Bethel University. Dr. Guice Gill directs the Bethel Choir and Festival Choir as well as teaches private voice. Dr. Guice Gill has previously taught on the campuses of Buena Vista University, The University of Wiscon- sin, and Miami University Ohio-Hamilton Campus. Her choral work has led her to conduct throughout the United States as well as in Canada and Europe. She was selected as one of ten International Conductors to participate in the Sarteano, Italy Choral Conducting Workshop with Simon Carrington and Brian O’Connell where she directed a choir of professionals. Along with choral work Dr. Guice Gill has significant experience conducting orchestras. She was the assistant conductor for the Agnes Scott Community Orchestra in Georgia, worked as a conductor with the Stoughton Opera Company in Wisconsin, and was awarded a young artist award for Conducting by the Madison Symphony Orchestra, which she subsequently led in performance.

Dr. Guice Gill’s ensembles have been give